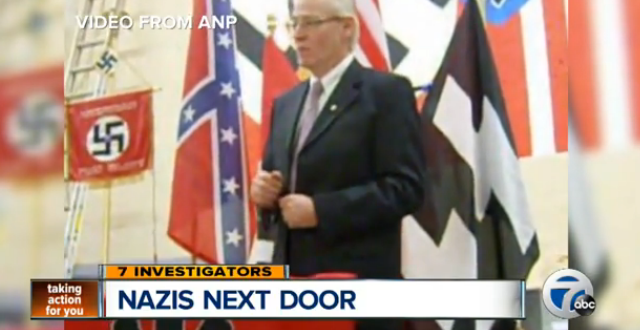 “Look, this phrase ‘muslims’ is simply a PC code word to cover the reality of all these THIRD WORLD peoples invading OUR country. Don’t you realize that in about 2025, if these trends continue, White people will become a continuing MINORITY in our own land(s)?

“Unless Trump plans on ruling by Presidential Decree, I don’t see how he would implement ANY of his ‘plans,’ the rest of the sold out ‘mainstream’ political whores would block his every move. I seriously doubt if he even believes all what he says, but its nice to have someone like him saying it.

“We have a wonderful OPPORTUNITY here folks, that may never come again, at the RIGHT time. Donald Trump’s campaign statements, if nothing else, have SHOWN that ‘our views’ are NOT so ‘unpopular’ as the Political Correctness crowd have told everyone they are!

“But, and here’s the kicker – so WHAT do we DO – sit back and heartily congratulate ourselves that our viewpoints are NOT the pariahs that we have been told that they are, and get all warm and fuzzy feeling OR, do we FINALLY get SERIOUS about what we are supposed to be engaged in.” – American Nazi Party president Rocky Suhayda, in an email to Buzzfeed News.