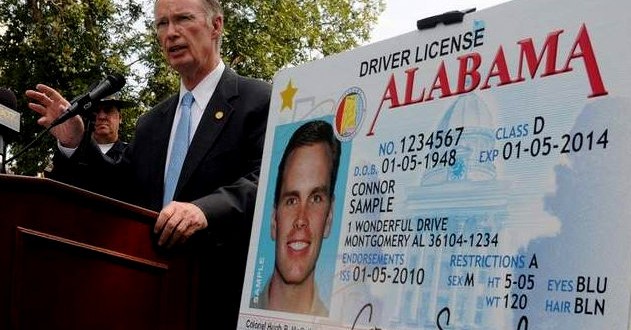 We knew THIS was coming:

Alabama now faces a federal lawsuit over its voter ID law after closing 30 or so driver’s licenses offices, many of them in areas with high African-American populations. The NAACP Legal Defense Fund is bringing the suit on behalf of Greater Birmingham Ministries and the Alabama NAACP. It was filed Wednesday in U.S. District Court in the Northern District of Alabama.

“The Photo ID Law was conceived and operates as a purposeful device to further racial discrimination, and results in Alabama’s African-American and Latino (or Hispanic) voters having less opportunity than other members of the electorate to participate effectively in the political process and to elect candidates of their choice,” the complaint says, alleging the law violates the Voting Rights Act as well as the 14th and 15th Amendments of the Constitution

Hillary Clinton has called the DMV closures “a blast from the Jim Crow past.”

Previous NOM Loses AGAIN: Court Smacks Down Legal Fees
Next Insane Conspiracy Nutjob Alex Jones To Trump: You Are The George Washington Of Our Time [VIDEO]