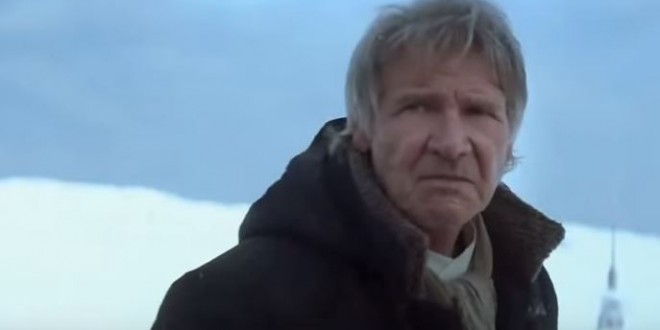 Yet Another Star Wars Trailer

Thanksgiving doesn’t really rhyme with Star Wars Episode VII, but given that Disney wants to break the record of trailers before a theatrical release, here’s a brand new trailer full of exclusive footage. This time, the new trailer is all about the bad guy. You may remember him from his crazy-looking lightsaber in previous trailers. As you can see, this year’s dark lord gets the Death March theme from John Williams’ soundtrack. But it looks like he isn’t perfectly trained and he’s still learning a few things from the villain-in-chief. In this trailer, you can also spot Han Solo, the two new heroes of the movie, a lot of stormtroopers, explosions and spaceships. It definitely looks and feels like a Star Wars movie.