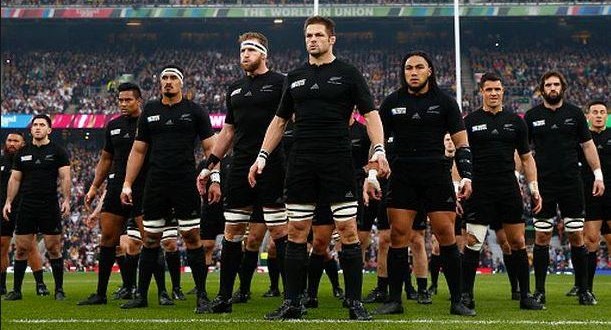 On an occasion such as this, with the All Blacks becoming the first team to win back-to-back World Cups, one Haka was never going to be enough. After going with their ‘Kapa O Panga’ Haka before their 34-17 win over the Wallabies at Twickenham, New Zealand celebrated in style with a traditional ‘Ka Mate’ Haka after claiming the William Webb Ellis Cup. The silverware was laid out on the ground in front as the All Blacks paid tribute to their fans as well as six of their departing players, including inspirational captain Richie McCaw and five-eighth Dan Carter, whose brilliant boot helped them to victory. It was an emotional moment after the All Blacks cemented their place as the best team in rugby and one of the greatest in world sport.