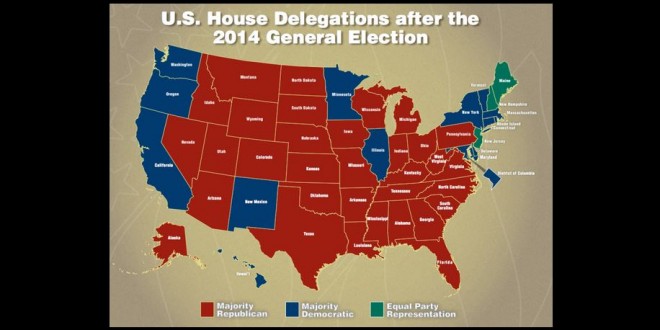 Two Americas In One FEC Map

The Washington Post reacts to the above map released this week by the Federal Elections Commission:

Pretty remarkable no? The cliche about Democrats being the coastal party and Republicans being the party of the interior of the country is born out by this map. Outside of a pocket of liberalism in Minnesota (a long time progressive stronghold) and Illinois (a rare state where labor remains tremendously powerful), the middle of the country is entirely dominated by Republicans. The South is now solidly Republican, a transformation that began in the 1994 election. And the mountain west, where Democrats insisted they were growing in the mid-2000s, now largely looks like a lost cause with the exception of New Mexico, a state whose politics are heavily influenced by its large Latino population.

The map also reinforces a point I have made in this space plenty of late: Outside of the presidency, the Republican Party is far healthier than the Democratic Party. Senate control. The largest House majority since World War II. Thirty-two governorships (if they hold Louisiana on Saturday). Total control of 30 of the country’s 50 state legislatures. Republicans would likely trade some of that down-ballot dominance for the White House in 2016. But, if you happen to be living on the coasts and think Democrats are the ascendant party, this map should correct that misperception. We live in what amounts to two totally different Americas — countries within a country that rarely brush up against one another, figuratively or literally.