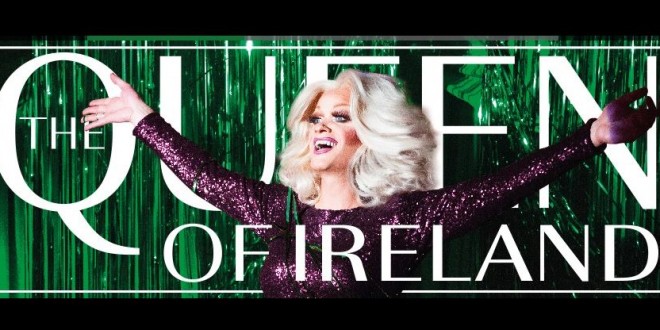 TRAILER: The Queen Of Ireland

Today’s news out of Ireland reminded to tell you that the Panti Bliss documentary, The Queen Of Ireland, which is now playing there, will open on Friday in Northern Ireland, where a gay couple married in England yesterday filed suit over their “devalued” relationship status, which became a mere civil partnership once they crossed the border to return home. The BBC reports:

The couple cannot be named as they have been granted anonymity by the court but their legal action is being supported by the gay rights group, The Rainbow Project. Last week, Stormont MLAs voted to support the introduction of gay marriage, but it was vetoed by the Democratic Unionist Party (DUP) using a blocking mechanism known as a petition of concern. Opening the court case on Monday, the couple’s barrister said: “The petitioner and his spouse find themselves in a particularly arbitrary situation where lawful marriage is stripped from them whenever they reside in Northern Ireland, returning and disappearing as they cross state lines.” She said the petitioner “takes the view that his marriage has been demeaned, devalued and undermined by virtue of the (society) in which he lives”.

As you can see below, The Queen Of Ireland is winning rave reviews – and that can’t hurt up north.