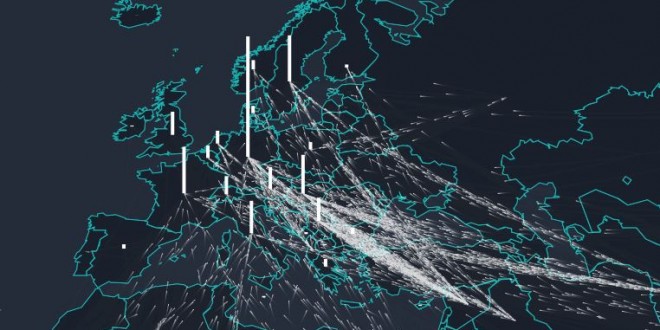 It’s been called the largest humanitarian crisis in Europe since World War II. But while the stories of people fleeing violence and oppression have shocked the world, grasping the scale of the number of migrants seeking asylum on the continent can be difficult. That’s where Lucify, a data visualization company based in Helsinki, hopes to help. The company used data from the United Nations High Commissioner for Refugees on the origin and destination of all the refugees in its database over three years to create an interactive graphic of the mass movement of people into Europe. By sliding the time counter on the graphic to specific months over the past three years, users can see the uptick in migration in 2015. They can also hover over a country to see how many people have departed from it and where they’ve gone.

Hit the link to view the map. Each dot represents 25 people.