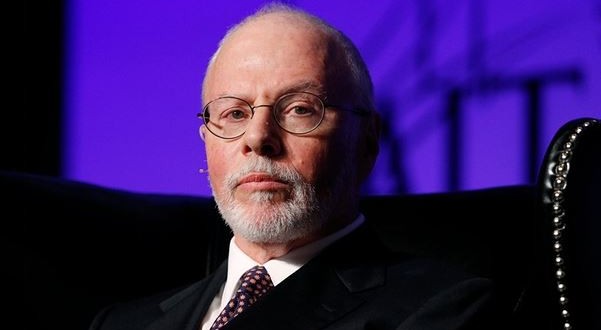 According to International Business Times, billionaire investor Paul Singer’s backing of Marco Rubio may be tied to Rubio’s position on the Senate Foreign Relations Committee. At a discounted price, Singer purchased debt owed by Argentina and is suing them for full repayment. And Rubio can help with that. They write:

Bloomberg reports that Singer’s firm, Elliott Management — through a subsidiary called NML Capital — invested in the country’s bonds, and after the country defaulted on its debts in 2001, Singer’s firm was one of a few creditors to decline Argentina’s request to reduce its repayments by 65 percent. Instead, the firm went to court to try to get a full repayment of up to $1.6 billion, at times attempting to seize the country’s assets.

Argentine President Cristina Fernandez de Kirchner called Singer a “financial terrorist” who is pushing her country to the brink of financial collapse. The United Nations Office of the High Commissioner for Human Rights has declared that the kind of legal strategy Singer is pursuing against Argentina means “money that is earmarked for poverty reduction and basic social services, such as health and education, may be diverted” to Wall Street firms. The U.N. says such a diversion would threaten to prevent “heavily indebted countries from using resources freed up by debt relief for their development and poverty reduction programs.”

Singer criticized Argentina for “imposing damage on themselves way out of proportion to the cost of paying the debt.” That criticism has been amplified by a Singer-backed U.S. lobbying group called the American Task Force Argentina, and by Rubio — whose third-largest Senate campaign contributor is Singer’s firm, Elliott Management. Over the past eight years, Elliott Management and American Task Force Argentina have employed an army of lobbyists to persuade Congress and the White House to pressure Argentina to pay its creditors. Together, the hedge fund and the group have spent $9.3 million on lobbying during that time period, according to the Center for Responsive Politics.

In Rubio’s first year in the Senate, he offered an amendment to a bill to direct American officials at international financial institutions like the World Bank to deny development loans to Argentina until that country’s government “makes substantial progress” in repaying creditors like Elliott Management.

Previous Mike Huckabee At “Death To Gays” Convention: As President I Will Ignore Obergefell [VIDEO]
Next Pastor Kevin Swanson Calls For Executing Gays At Event Attended By GOP Candidates [VIDEO]