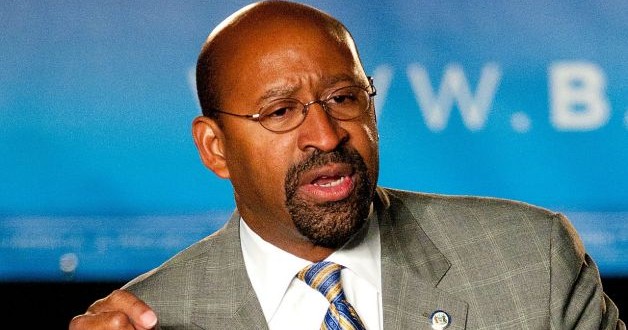 Under a law signed today by Philadelphia Mayor Michael Nutter, businesses that have single-stall restrooms must make them open to all customers. CBS News reports:

You can stop trying to figure out which bathroom to use if you’re at a bar or restaurant in Philadelphia that has single occupancy restrooms. They’ll all be gender-neutral, under a law signed today by Mayor Nutter. The law was proposed by the Office of LGBT Affairs to ease the discomfort of transgender people. Director Nellie Fitzpatrick says they can face stress, anxiety and even mistreatment when using gendered bathrooms. “Providing access to a private, non-gendered, all-inclusive bathroom can simply reduce the stress of using the restroom,” Fitzpatrick told KYW Newsradio. Mayor Nutter says it will also benefit families and the elderly who may need help using restrooms.

Philadelphia’s Office Of LGBT Affairs was voted into permanence earlier this month in a public ballot. The agency, the only one of its kind in the nation, had earlier existed by a mayoral executive order. (Tipped by JMG reader Paul)