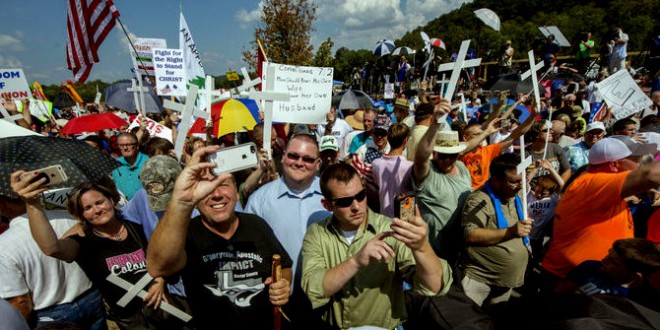 White Christians now make up less than half of the U.S. population, largely receding from the majorities of most demographic groups, with one notable exception: the Republican Party. According to the latest results from Pew Research Center’s Religious Landscape survey published Monday by National Journal’s Next America project, just 46 percent of American adults are white Christians, down from 55 percent in 2007.

At the same time, according to the report, the share of white Christians identifying as Republican has remained steady, even equal with the share of the party that carried President Ronald Reagan to his 1984 reelection. Nearly seven in 10 white Christians — 69 percent — identify with or lean toward the GOP, while just 31 percent do the same with Democrats.

More from the National Journal: