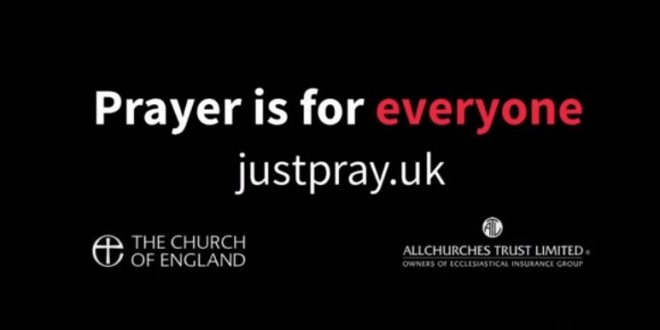 The Church Of England is threatening to sue a British ad agency for declining to run their “Lord’s Prayer” Christmas ad in cinemas that will be showing Star Wars. According to a policy statement from the agency, they don’t place any political or religious advertising. And of course, Tony Perkins says this is our fault. Via email:

The most disturbing aspect of this story may be the basis for which the ad was rejected. According to the Church’s legal counsel, the agency banned the commercial on the grounds of the country’s Equality Act, which blocks organizations (including faith-based ones) from refusing service for religious reasons. If the law sounds familiar, it should. President Obama just threw his support behind an American version of the policy, which would all but end religious liberty as we know it. Just two weeks ago, the White House said it “strongly supports” the legislation that would dramatically alter the Civil Rights Act of 1964 to force Americans conformity on homosexuality and transgenderism. And how do you force conformity? By taking away freedom — just as the British are doing.

If the first sentence above doesn’t make sense, that’s because it’s a lie. From the news story that Perkins himself linked in his email:

The Rev Arun Arora, director of communications for the Church of England, said the Church is “bewildered” by the decision. “The Lord’s Prayer is prayed by billions of people across the globe every day and in this country has been part of everyday life for centuries,” he said. “In one way the decision of the cinemas is just plain silly but the fact that they have insisted upon it makes it rather chilling in terms of limiting free speech.” Stephen Slack, the Church’s chief legal adviser, warned the banning of the advert could “give rise to the possibility of legal proceedings” under the Equality Act which bans commercial organisations from refusing services on religious grounds.

As you can see, it’s the Church Of England that is citing the Equality Act, not the ad agency. It’s the church that might use the Equality Act to get their way. But Tony Perkins has NEVER let the truth get in the way of any opportunity to attack LGBT rights. The ad is below.