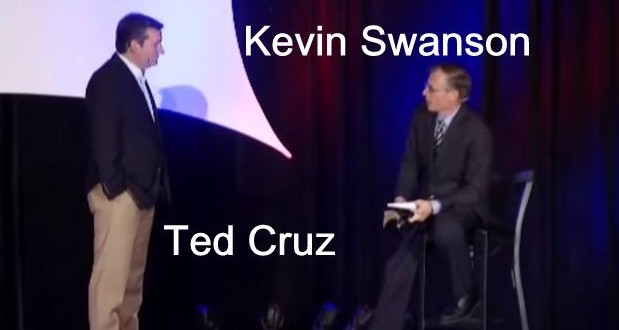 After rallying with Ted Cruz, Mike Huckabee and Bobby Jindal at his anti-gay conference in Iowa two weeks ago, far-right pastor Kevin Swanson returned to his “Generations Radio” program to discuss the terrorist attacks in Paris, specifically focusing on the Bataclan theater massacre. According to Swanson, the mass shooting at the theater was “a message from God” since it targeted fans of the rock band Eagles of Death Metal and reportedly occurred as the band played a song titled “Kiss the Devil.” “When you get a wake-up call like what happened at France’s 9/11 last Friday night at the concert,” Swanson said, “I think we all need to pay attention to what’s happening: This is a message from God. God is shooting a shot across the bow and we better be paying attention to this.”