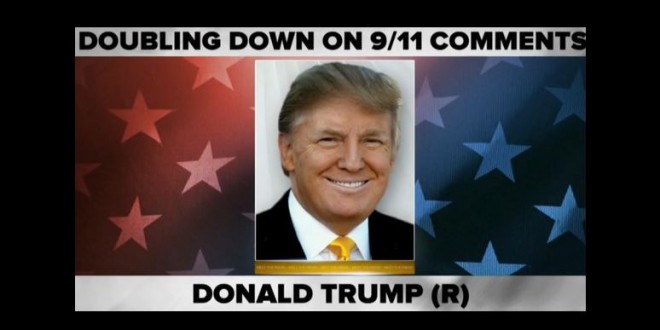 An increasingly exasperated Chuck Todd called out Donald Trump’s lies about those mythical 9/11 celebrations on Meet The Press this morning, telling him, “You’re running for President of the United States! Your words matter! Truthfulness matters! Fact-based stuff matters!” Trump rolled right over the criticisms and continued to bloviate that everybody knows the media is lying because “so many people also saw” those celebrations. Watch below.

Previous Mike Huckabee: The Anti-Abortion Movement Has No Responsibility For “Domestic Terrorism” [VIDEO]
Next Ben Carson On Colorado: Both Sides Of Abortion Issue Need To Tone Down Hateful Rhetoric [VIDEO]