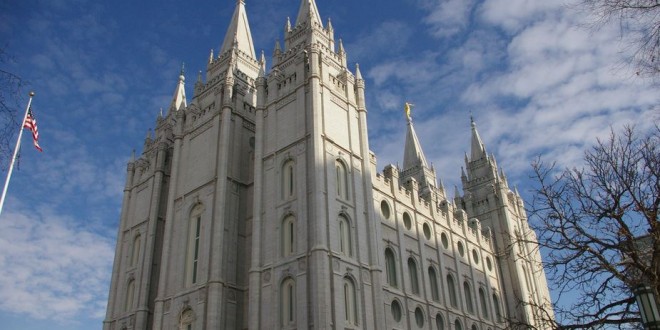 Mormon Church: Same-Sex Marriage Is “Apostasy” And Children Of Gays Can’t Be Baptized

The LDS church has clarified to its leaders that being in a same-sex marriage is considered a form of apostasy. The update came to what is known as Handbook #1, which is used as a guide for administering in the church, and is only available to LDS bishops and stake presidents. A screen shot of the updated definition posted on image-sharing website Imgur was confirmed to be accurate by a spokesperson of The Church of Jesus Christ of Latter-day Saints. “Church handbooks are policy and procedural guides for lay leaders who must administer the Church in many varied circumstances throughout the world. The Church has long been on record as opposing same-sex marriages,” wrote LDS Church spokesman Eric Hawkins in a statement to 2News Thursday afternoon. “While it respects the law of the land, and acknowledges the right of others to think and act differently, it does not perform or accept same-sex marriage within its membership.”

And then there’s this:

In a major policy announcement, The Church of Jesus Christ of Latter-day Saints says children living in a same-sex household may not be blessed as babies or baptized. The decision, which was released Thursday, takes effect immediately, LDS church spokesman Eric Hawkins told 2News. “A natural or adopted child of a parent living in a same-gender relationship, whether the couple is married or cohabiting, may not receive a name and a blessing,” the policy reads. Natural or adopted children living in a same-sex household will only be allowed to be baptized once they are 18, disavow the practice of same-sex cohabitation or marriage, and stop living within the household, according to the policy. Such baptism would still require the approval of the church’s governing First Presidency.