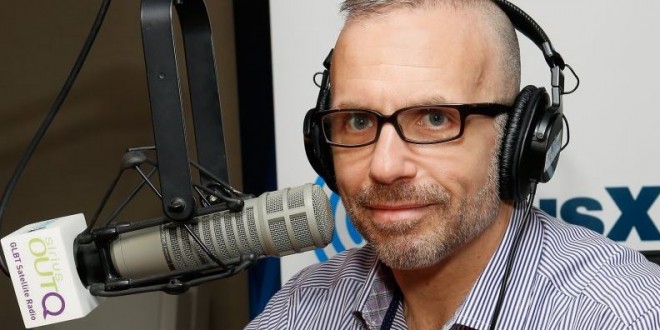 As I noted again in the post below this one, so far only Rachel Maddow has reported on last weekend’s “death to gays” convention, where three GOP presidential candidates were interviewed by Pastor Kevin Swanson in between his calls for the genocide of LGBT Americans. Today Michelangelo Signorile calls out the rest of the mainstream media. He writes:

Where is The New York Times? The Washington Post covered the conference and the candidates’ comments, but didn’t mention the “kill the gays” speech. Not news to them apparently. Several online sources that did focus on the conference placed more attention on Cruz telling Swanson that an atheist shouldn’t be president, or on the unhinged Swanson’s advice to parents that they should drown their children rather than let them read Harry Potter, than on Swanson calling for the extermination of an entire group of people at an event at which presidential candidates spoke.

It’s 2015 and much of the media seem to accept, still, that LGBT people can be talked about this way at an event attended by presidential candidates and that it’s not news. They view it as par for the course, religious conservatives doing what they do. It’s as if they have blinders on. Indeed, if Ted Cruz — or Huckabee or Jindal — attended an event at which the host hinted at mass murder of Jews, African-Americans or any other group it would be a massive media story. He’d be forced to answer questions about it, at debates (and it didn’t come up at the last debate), in press conferences and in interviews non-stop. He’d be pressured to condemn both the comments and the pastor — as when John McCain had to dump Pastor John Hagee in 2008 because of his ugly comments about Catholics — or he’d face the consequences.

Signorile goes on to note that the mainstream media is “running for cover” lately after the ridiculous “gotcha” questions whining made by GOP candidates after a recent debate. Hit the link and read his full piece.