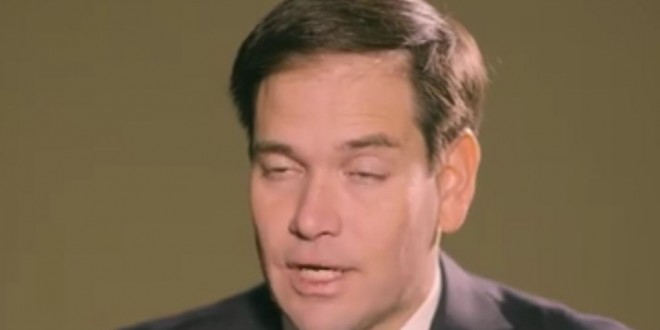 Marco Rubio appeared on the Christian Broadcasting Network this morning where he declared that the Obergefell decision isn’t “settled law.” And Christians should ignore the ruling anyway because when it comes to sin, “God’s rules always win.” Right Wing Watch has the transcript:

“We are clearly called, in the Bible, to adhere to our civil authorities, but that conflicts with also a requirement to adhere to God’s rules. When those two come in conflict, God’s rules always win. In essence, if we are ever ordered by a government authority to personally violate and sin, violate God’s law and sin, if we’re ordered to stop preaching the gospel, if we’re ordered to perform a same-sex marriage as someone presiding over it, we are called to ignore that. We cannot abide by that because government is compelling us to sin.”