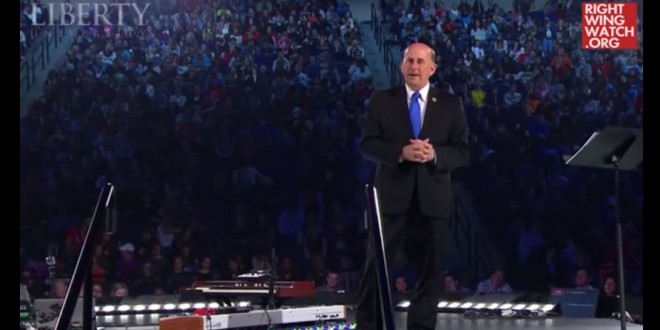 Louis Gohmert At Liberty University: Put Eight Gays On An Island And See If Nature Favors Them [VIDEO]

Speaking before the student body at Liberty University, loony tunes Rep. Louis Gohmert suggested an experiment in which four gay male couples and four straight couples are put on separate islands. “Then lets come back in 100 years and see which one nature favors.” Because dead gay people means Jesus is real. Or something. And if those four straight couples happened to be infertile – well, let’s just not talk about that.