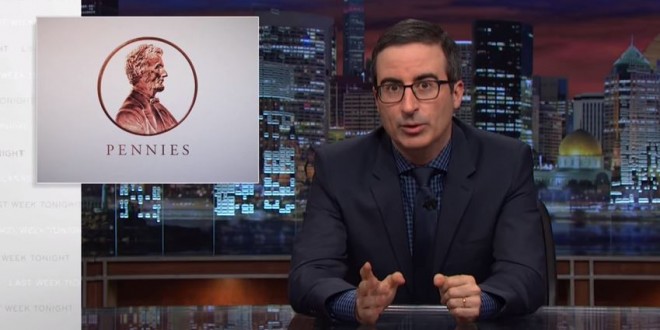 On the last episode of Last Week Tonight of the year, Oliver called for a small change that could have big results for the U.S. economy — ending the penny. According to Oliver, 8 billion pennies are produced each year, and in an ironic twist, it actually costs 1.7¢ to make one cent. Pennies are made out of zinc, and since according to Oliver there is no material that is cheaper than zinc, “unless we start using used DVD copies of The Cosby Show, there is no way to make the penny for less money.” That waste is made even more wasteful when in a 2002 Gallup poll, 2% of Americans admit to simply throwing pennies in the trash — or far worse.