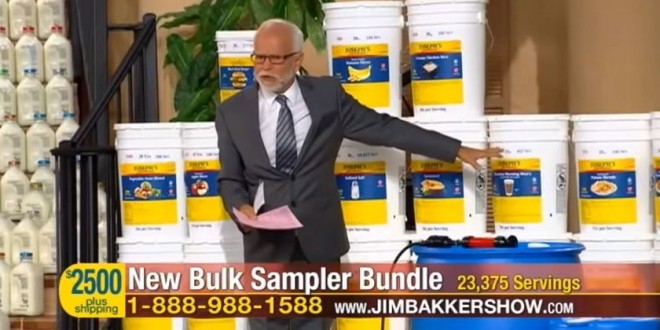 As some of you surely remember, in 1989 televangelist Jim Bakker (then husband of Tammy Faye) was sentenced to 45 years in federal prison after being convicted on 24 felony counts of wire and mail fraud. That conviction came two years after Bakker was accused of raping Jessica Hahn, prompting Jerry Falwell to call him “the greatest scab and cancer on the face of Christianity in 2,000 years of church history.” Bakker’s sentence was later reduced and he served only five years. These days his scam is selling literal doomsday buckets of food. Watch the below (only slightly edited) clip from Everything Is Terrible.