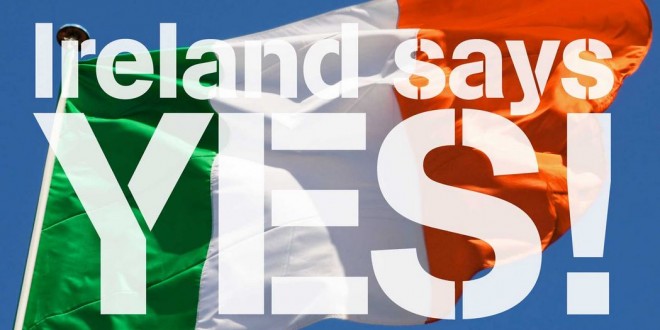 Ireland’s same-sex marriage law went into effect this morning and weddings will commence tomorrow after the required 24-hour wedding period. Via the Independent:

More than 300 same-sex marriages are expected to take place in the first fortnight after the new Marriage Equality Act comes into force. Justice Minister Frances Fitzgerald will today sign the commencement order, with the first same-sex marriages likely to take place from today. Regulatory and procedural issues are expected to require a 24-hour delay for marriages to take place after the commencement order brings the Marriage Act 2015 into legal effect from today. However, same-sex marriages are already planned for tomorrow for Dublin, Cork and Galway. The new act was made possible by the overwhelming endorsement of same-sex marriage in the May 22 referendum. Cork TD Jerry Buttimer, who played a key role in the ‘Yes’ campaign, said it was a great day for Ireland and for civil rights. “There are a lot of people who probably thought that this day would never arrive,” he said.

The bill was signed into law last month. Watch below.