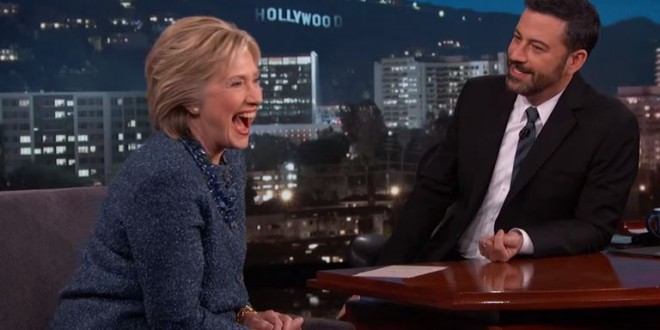 “[Carson] said, ‘Evolution is a theory from Satan.’ ‘Obamacare is like slavery.’ He said, ‘Homosexuality is a choice,’ and he knows this because ‘people go into prison straight and come out of prison gay.’ He said Joseph from the Bible ‘built the pyramids to store grain.’ And yet this Quinnipiac University poll that they released today said that if you ran against him today, he would beat you by 10 percent,” said a perplexed Jimmy Kimmel. The pyramid quote prompted Clinton to crack up.

That clip is the first one below. You’ll want to watch all of them. In the last clip, Hillary says that her husband would totally run again if he could. But she’d still beat him.