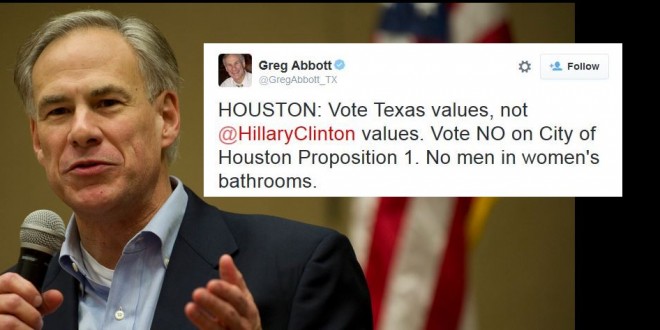 GOP Texas Gov. Greg Abbott this morning fired out the above tweet which parrots the douche-y meme being spread by anti-LGBT hate groups with an added attack on Hillary Clinton. Early voting in Houston’s repeal referendum has been heavy, particularly in districts considered to be right wing strongholds. It doesn’t look good at this point. The vote is tomorrow.