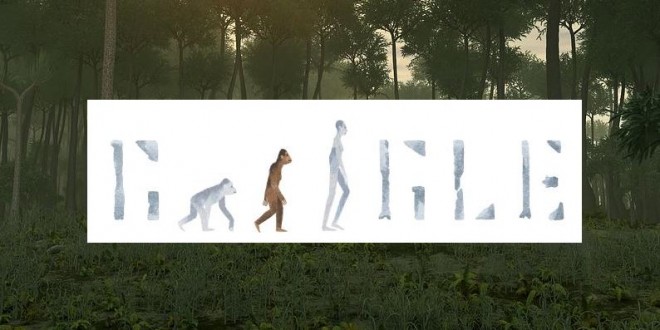 As The Friendly Atheist observes, creationists are going to have a “collective aneurysm” as today’s Google Doodle marks the 41st anniversary of the discovery of Lucy, “the most ancient early human — or hominin — ever found.” Lucy is believed to have lived over three million years ago, or about three million years longer than the world has existed according to Ken Ham. So this should be fun.

Previous OHIO: Donald Trump Boots Out More Protesters, Says “You Can Get ‘Em The Hell Out” [VIDEO]
Next Pew Research: White Christians No Longer A Majority