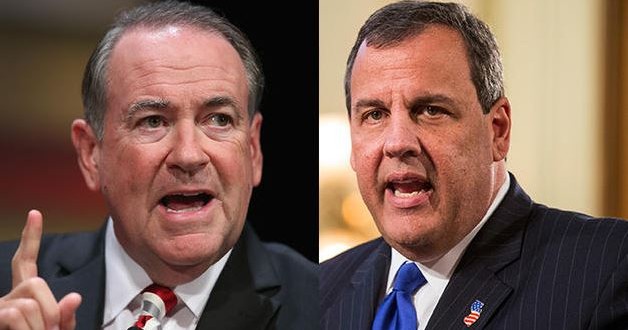 Fox Business has announced the lineups for next week’s GOP debate and their decision could mean more GOP candidates dropping out of the race. CNN reports:

New Jersey Governor Chris Christie and former Arkansas Governor Mike Huckabee have failed to qualify for the prime time Republican debate on November 10, making them the first top-tier candidates to be relegated to the undercard round, Fox Business Network announced Thursday. Meanwhile, former New York Governor George Pataki and South Carolina Senator Lindsey Graham failed to qualify for the undercard debate, meaning they will not appear at all when Republicans gather in Milwaukee, Wisconsin, next week. Fox Business, the sponsors of the fourth GOP debate, had stipulated last month that candidates would need to average at least 2.5% in the four most recent national polls in order to qualify for the prime time debate at 9 p.m. ET. Candidates needed to garner at least 1% in one of those polls to participate in the undercard debate at 7 p.m. ET.

Huckabee and Christie will share the undercard debate with Jindal and Santorum, both of whom will be at the kids table for the fourth time.

Previous KENTUCKY: Kim Davis Loses Yet Another Appeal
Next Mormon Church: Same-Sex Marriage Is “Apostasy” And Children Of Gays Can’t Be Baptized