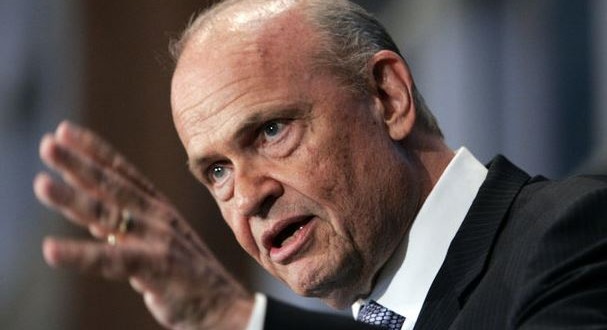 Thompson, a towering, burly man with a deep, Southern-inflected voice, parlayed his fame as a key investigator of the Watergate scandal into a TV and movie career before he was elected to finish the Senate term of Al Gore of Tennessee, who vacated the seat when he became vice president. Thompson, a Republican, was elected to the seat in his own right in 1996. He ran unsuccessfully for the Republican presidential nomination in 2008. But it was as an actor — especially as Arthur Branch, the gruff, no-nonsense district attorney of Manhattan, on NBC’s “Law & Order” from 2002 to 2007, and as Rear Adm. Joshua Painter in the 1990 movie “The Hunt for Red October.” When reporters asked him how he was on law and order as a political candidate, he famously liked to answer “I’m amazing.”