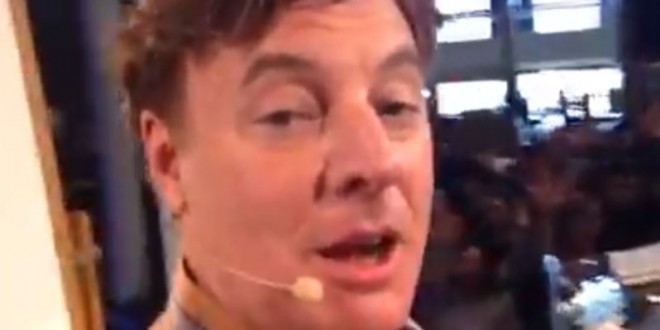 Dominionist Preacher: God Has Given Donald Trump The Anointing To Run The Government [VIDEO]

Last month, we noted that Donald Trump had met with dozens of right-wing Christian leaders, many of whom are so far out on the fringe that they are “considered by mainstream evangelicals to be heretics,” according to Russell Moore of the Southern Baptist Convention. Today, we discovered that Lance Wallnau was among those who participated in this meeting and that he came away very impressed, declaring that “Donald Trump is more prophetic than people think. There is a Cyrus anointing on this man. He is like a Reformer in secular garb.”

Wallnau is a leading proponent of Seven Mountains Dominionism, the idea that Christians are to “do whatever is necessary” to take control of all aspects of the culture in order to implement the will of God throughout the world. Wallnau is especially concerned with gaining control over the “mountain of government” because he believes that it is currently being controlled by Satan … and he seems to believe that Trump just might be the man to finally claim it for Christ.