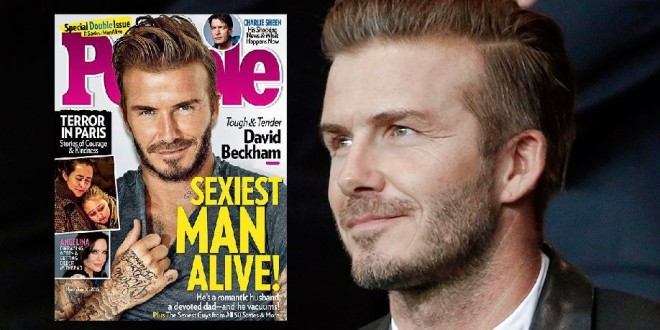 David Beckham is a global superstar, devoted husband and down-to-earth dad of four. And now, the humble British heartthrob is this year’s Sexiest Man Alive. “It’s a huge honor,” Beckham, 40, tells PEOPLE of scoring our 30th anniversary Sexiest Man crown. “And I’m very pleased to accept.” Although he’s been a sex symbol for nearly two decades, the self-effacing soccer icon isn’t sure he’s even deserving of the mantle. “I never feel that I’m an attractive, sexy person,” he says in this week’s cover story. “I mean I like to wear nice clothes and nice suits and look and feel good, but I don’t ever think of myself that way.” Still, when Beckham shared the news with his wife, fashion mogul Victoria Beckham, 41, she was totally on-board.