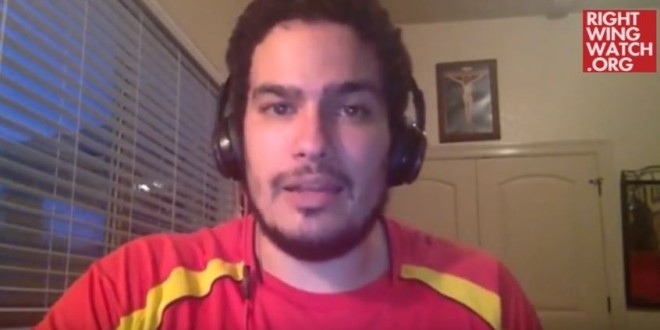 Gay church leaders are “suicide bombers,” Shoebat declared in a video posted last week as he asserted that gay people are intentionally infiltrating the church for the sole purpose of discrediting and undermining it. “Civilization has no room for homosexuality,” Shoebat stated, noting that the Catholic Church once had a policy that gay priests “would be delivered to the secular authorities and put to death” as he lamented that “it’s just too damn bad that we don’t have these laws being enacted any more.”