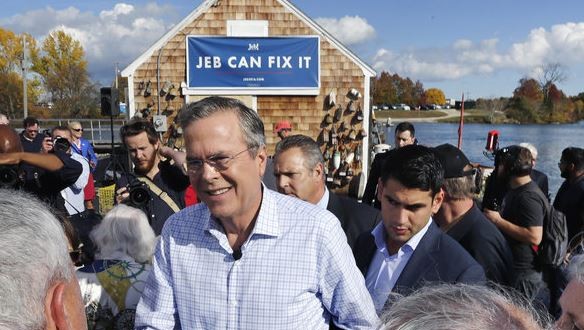 Jeb Bush launches his “Jeb Can Fix It” tour today. The embattled GOP presidential candidate is beginning the tour in his home state of Florida, traversing the state with three events in three different cities. He’ll begin with remarks in Tampa, head to an event near Orlando and end with a town hall in Jacksonville. He’ll head to South Carolina Tuesday and then start a two-two day swing in New Hampshire, where his first bus tour will begin. The tour and the release of his e-book, “Reply All today,” are all in an effort to jumpstart a campaign that many say has been flailing, after tumbling poll numbers and a widely panned debate performance. But today, as he returns to the Sunshine state, Bush hopes to relaunch himself, in a sense, positioning himself as a tried-and-true leader.