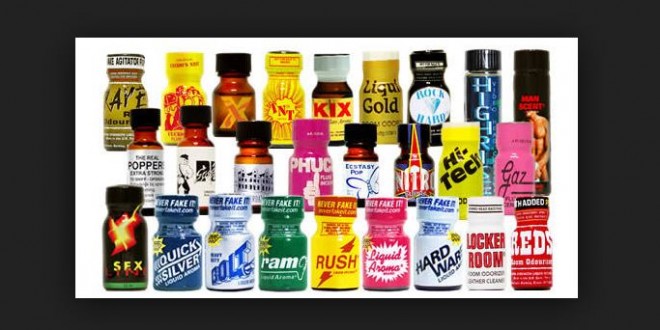 Selling poppers in the UK could land you in jail for seven years, according to new legislation being enacted by the Government. Home Office Minister Mike Penning has reportedly said he is insistent that amyl nitrates, widely used in the British LGBTI community, must come under new legislation that bans ‘legal highs’. Lawmakers are banning the drug under a ‘blanket ban’ on the production, distribution, sale and supply of psychoactive substances. This ban will cover many substances including laughing gas, salvia and vanilla sky, but alcohol, nicotine and caffeine are exempt. The penalty for possession with an intent to supply poppers is seven years in prison.

RELATED: Five Brits were hospitalized earlier this year after drinking poppers at a rave event where they were presumably mistaken for energy “shots.” Last year poppers use was linked to eye damage.

Previous Breitbart Headline Of The Day
Next Sarah Palin: Grinches On The Left Are Trying Make Conservatives Look Ridiculous Over Starbucks