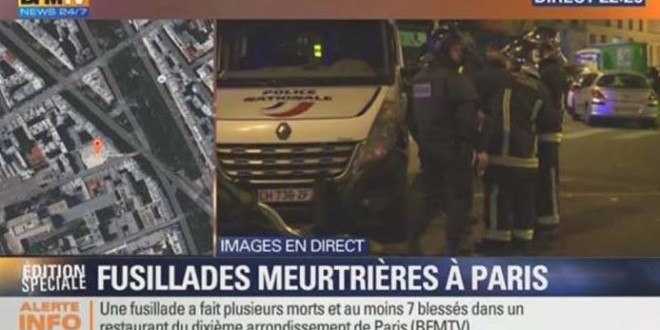 News outlets are reporting that multiple terrorist attacks are taking place across Paris at this writing. At least 18 [UPDATE: 60] are reported killed by gunfire and bombings have been reported at a bar and at a soccer match taking place at Stade de France, the nation stadium where President Francois Hollande was in attendance. Hollande has been safely evacuated. Story developing….

UPDATE: CNN reports that 60 hostages are being held at one of the attack sites, the Bataclan theater. UPDATE IV: At least 60 are now confirmed dead. New reports say the theater hostages had been attending a concert by the American band Eagles Of Death Metal.