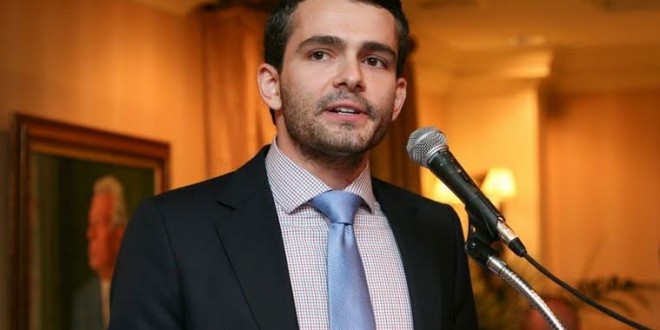 Saying that they reject his “anti-diversity” message, a major Bermuda hotel has canceled two planned speeches by the Heritage Foundation’s Ryan T. Anderson. According to the general manager of the Hamilton Princess, the events were booked “under a different guise” and would not have been approved had the hotel known of Anderson’s positions on LGBT rights. Gay Star News has a quote from the manager:

“Immediately upon learning of the nature of the meeting, we called the organisation to explain that our policy is one that celebrates diversity and that the hotel is not a venue for anti-diversity discussions. It is a standard hotel practice that upon making a reservation, groups disclose the nature of meetings that will take place on our premises. This meeting originally was reserved under a different guise and would never have been accepted if the group had disclosed its intentions at the time of the reservation. The Hamilton Princess does not accept any booking that promotes discrimination of any kind.”

Anderson’s speeches were sponsored by a local group called Preserve Marriage, who says they were never asked to disclose the subject of his speeches. Citing Britain’s Human Rights Act, which bans the denial of “goods and services” on the basis of religion, Preserve Marriage plans to take their complaint to the hotel’s “upper management.” Bermuda is a British Overseas Territory.

RELATED: On Thursday, Bermuda’s Supreme Court ruled that the foreign partners of gay Bermudians have the right to reside and seek employment. Bermuda presently does not recognize same-sex marriage. Bermuda’s government has requested a “parliamentary year” to comply.

Previous Tony Perkins: The Colorado Attack Was Terrible And By The Way, The SPLC Inspires Terrorism
Next COLORADO: Police Officer Killed In Planned Parenthood Attack Was A Pro-Life Co-Pastor At His Church