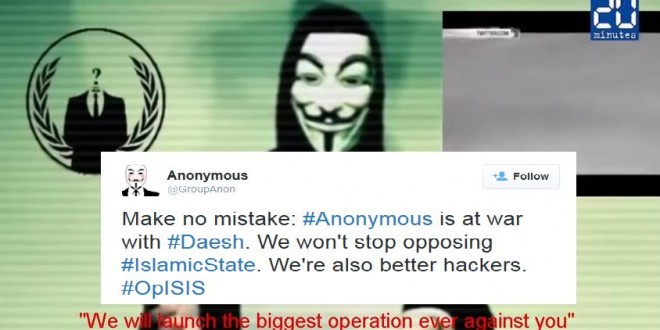 Hacker group Anonymous have declared war against ISIS after the attacks in Paris on Friday night. Posting a video on YouTube, the group said it would use its knowledge to “unite humanity” and warned the terrorists to “expect us”. Behind their signature mask, a spokesperson speaking in French said: “Anonymous from all over the world will hunt you down. “You should know that we will find you and we will not let you go. “We will launch the biggest operation ever against you. Expect massive cyber attacks. War is declared. Get prepared. The French people are stronger than you and will come out of this atrocity even stronger.”