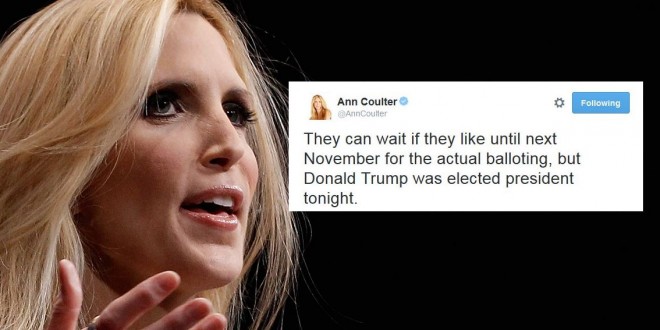 Yesterday Donald Trump declared that he would “bomb the shit out of ISIS.” Which, rather obviously, we’re already doing. But never one to miss out on some grave-dancing, tonight Ann Coulter is positively quivering with joy over the massacre in Paris because she believes her savior was just elected president.