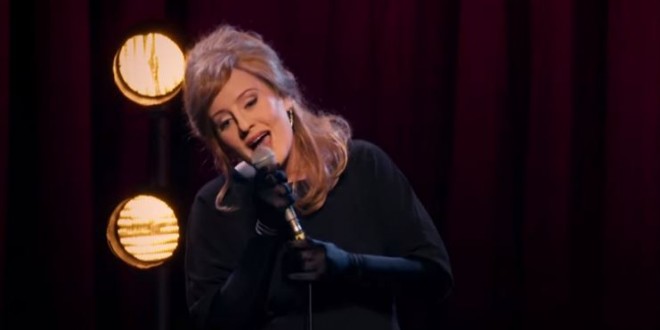 This is SO great. Vulture recaps:

Adele’s sense of humor may not always translate in her songs, but trust us, it’s there even when she’s not drunk-tweeting. During a BBC special that aired in the U.K. on Friday night, Adele appeared in a sketch for Graham Norton — or at least they say that’s Adele. Meet Jenny: an Adele impersonator who, underneath all those bizarre-looking prosthetics, is in fact the real deal. She’s so good at pretending to be herself, she even fools all the other fake Adeles who show up to an audition with her.