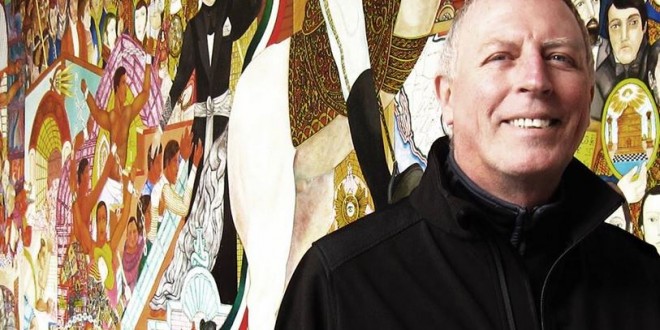 After today’s big reveal about the Pope’s private audience with his former student Yayo Grassi, reporters are deluging Grassi’s DC home with interview requests. The Washington Post got some fascinating quotes from Grassi, who says that he had to speak out in the wake of the Kim Davis story.

“Although I didn’t know any details, I knew immediately that he had nothing to do with this, that this was arranged by other people without telling him the real character” of Davis, Grassi said. “I received from friends of mine a lot of quite disturbing mail, telling me that ‘This is your pope, look what he did, and he’s a coward,’ and my defense is ‘We don’t know anything. Just wait until things come out.’ And I’m extremely pleased that I was right. And I never had any doubt that I was right.”

In 2010, when Francis was a cardinal in Argentina, Grassi read media reports that his former teacher had condemned the legalization of same-sex marriage. So he sent a long e-mail to the cardinal expressing his disappointment, and the cardinal responded that his words had been cherry-picked and twisted, and that the reported sentiment was not true, according to Grassi.

He wrote that e-mail “with all the respect of the world,” Grassi said. “I stood firm on my position and I ended the e-mail saying ‘Don’t think it was easy for me to write this e-mail but I had to do it, and I think it was the right thing to do because 40 years ago you taught me I had to do it.’ He wrote back to me telling me, first of all, how sorry he was that he had hurt my feelings, that he had hurt me. One of the things he said on that e-mail was that ‘I want you to know that in my work there is absolutely no place for homophobia.’ And I think that’s what I want people to know.”

Grassi owns a catering business and the Post notes that he was attempting to make “Argentine-style beef tenderloin” for a party of 25 while reporters were ringing his doorbell.