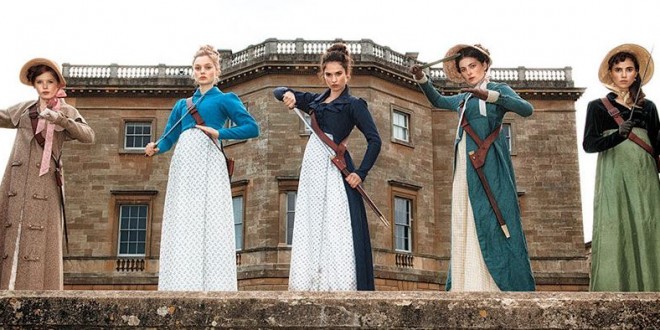 TRAILER: Pride And Prejudice And Zombies

Wired sets up the clip:

“It is a truth universally acknowledged that a zombie in possession of brains must be in want of more brains.” So begins Jane Austen’s literary classic Pride and Prejudice … wait, that’s Seth Grahame-Smith’s Quirk Books parody Pride and Prejudice and Zombies. The hit novel has long been slated for a film adaptation, originally with Natalie Portman starring and producing with David O. Russell directing. But nearly six years later there’s finally a first glimpse ahead of the February 2016 release date, with Igby Goes Down director Burr Steers at the helm and Downton Abbey and Cinderella star Lily James as the Regency-era heroine-turned-zombie hunter Elizabeth Bennet. As expected, this first UK trailer initially starts out looking like any old Austen adaptation, with fancy balls and horseback riding, but then the modern music kicks in and the Bennet sisters are slicing and dicing their way through a zombie hoard.