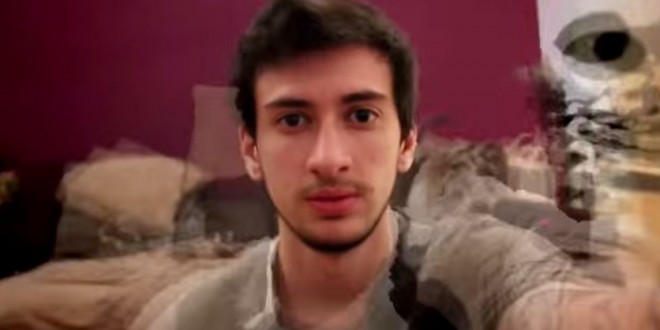 Next week Britain’s Channel 4 will air the documentary Girls To Men. The Independent recaps the fascinating trailer:

A British student has documented his transition from a woman to a man with a selfie every day for the past three years. Jamie Ross, 21, was 18 when he started taking testosterone (T). He decided to document his transition, ending up with 1,400 selfies and a plan to continue documenting the changes. “I just wanted something for me to document my transition. I thought I’d take a photo every day so when I strung it all together you could see the changes. Within the first six months you didn’t see that much but as time went on it became more and more rewarding,” he told Buzzfeed News. Mr Ross’s experiences have been featured on a Channel 4 documentary (Girls to Men, Channel 4, Tuesday at 10pm), but he has also published his own video of the transition – along with other discussing different facets of what it is like to transition – on his personal YouTube. “I’ve been incredibly surprised by the reaction, and rather overwhelmed by all the positive comments,” he told The Independent.

Previous Gladys Knight – Just A Little [VIDEO]
Next Ben Carson: America Needs To Stop Pretending That Every Lifestyle Has The Same Value [AUDIO]