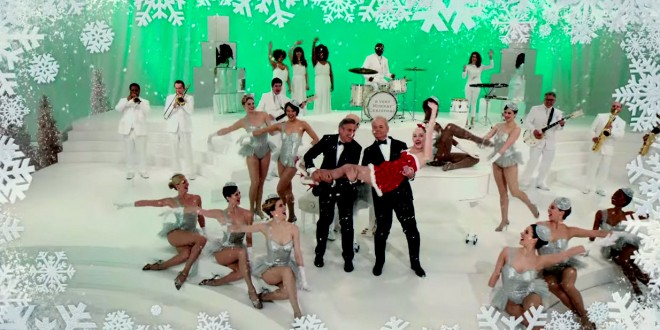 Bill Murray and his friends are getting in the Christmas spirit a little early this year. The Golden Globe winner is the star of the upcoming Netflix original holiday special A Very Murray Christmas, directed and co-written by Sofia Coppola. “It just started from wanting to see Bill sing and our fondness for those old Christmas specials that were on TV in the ’70s and ’80s,” Coppola says exclusively in the current issue of PEOPLE. And part of getting that “classic holiday special” vibe meant getting a ton of A-list stars to make an appearance – including George Clooney and Miley Cyrus. “Bill is friends with George, so that’s how he came on. Then, we wanted a pop starlet,” says Coppola. “I had met Miley through Marc Jacobs and she seemed really game and nice, so I asked through a friend.”

Bill Murray’s Scrooged is one of my favorite holiday movies.