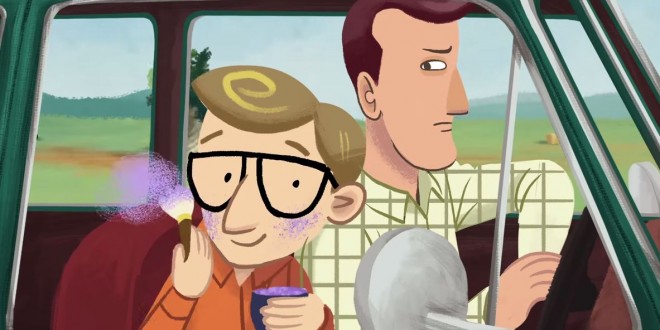 The Saint Of Dry Creek [VIDEO]

StoryCorps has posted another great bit of animation for National Coming Out Day. Clip recap: “Patrick Haggerty grew up the son of a dairy farmer in rural Dry Creek, Washington, during the 1950s. As a teenager, Pat began to understand he was gay—something he thought he was hiding well. But one day, after performing at a school assembly, Pat learned that his father could see him much more clearly than he realized.”