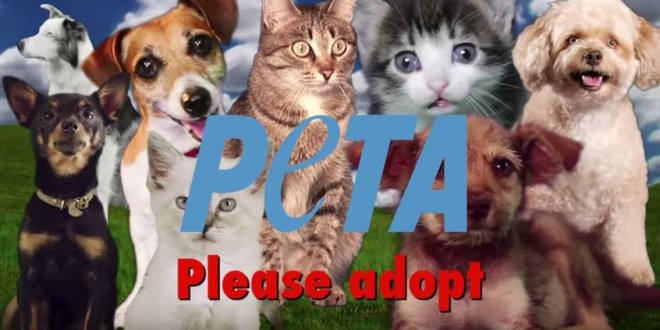 The Beatles have allowed the controversial animal rights organization PETA (People for the Ethical Treatment of Animals) to use one of their best-known songs, “Can’t Buy Me Love,” for a campaign to promote the adoption of animals, the organization announced Sept. 29. The video was directed by Steven Willis and features cats and dogs who have been adopted, included one recently rescued by the organization. “Can’t Buy Me Love” was a No. 1 hit in both England and the U.S. for the group. Also in the video are dancers from the Baila Conmigo salsa troupe, who were finalists on “America’s Got Talent.” The group competed in 20 categories at the World Latin Dance Cup in 2012 and 2013 and won awards for first, second and third place. Paul McCartney has long been an ardent supporter of PETA over the years. “With the help of PETA, people have been exposed to knowledge over the years and have learned what it’s about — just how cruel we as a species are to our fellow inhabitants of the Earth,” he said in an interview.

Previous Brian Brown Needs To Check His Google Alerts
Next BREAKING: Only Real Private Audience Held By Pope During US Visit Was With GAY COUPLE [VIDEO]