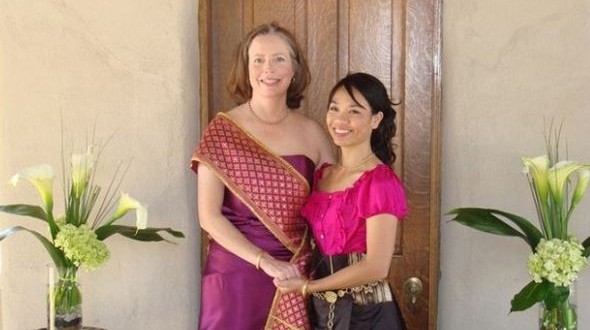 Over the objections of Texas Attorney General Ken Paxton, last week a Travis County judge ruled that a lesbian and her late partner were in a common law marriage prior to the Obergfell ruling. The Austin American-Statesman reports:

Travis County Probate Judge Guy Herman signed a judgment acknowledging that Stella Powell and Sonemaly Phrasavath met the legal requirements to be considered married even though their eight-year relationship did not include a marriage license. Herman’s order, signed Monday but distributed Tuesday, ended Phrasavath’s quest to have her relationship with Powell, who died last year, recognized as a marriage after Powell’s siblings filed a probate suit stating that she had died single because she could not marry another woman under Texas law. The ensuing legal fight over Powell’s estate mushroomed from a small family-law dispute into a proxy battle over same-sex marriage that involved gay-rights advocates and was strenuously opposed by Attorney General Ken Paxton. Paxton is weighing whether to appeal the decision.

Powell died before her will was signed and notarized, spurring her family to swoop in and try to wrestle the estate from her wife.