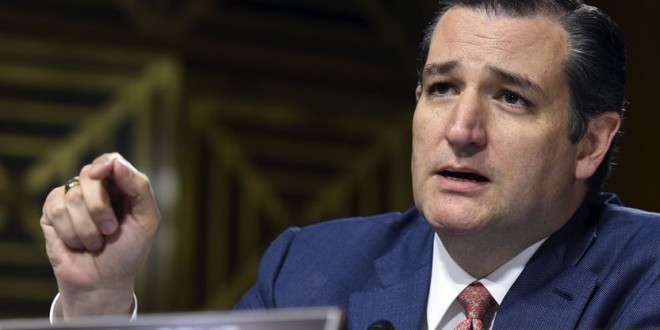 Speaking yesterday at a campaign rally in Iowa, Ted Cruz blasted the move to allow transgender military service and even hinted that he would reinstate Don’t Ask, Don’t Tell as president. From the Washington Post:

The military will soon allow transgender soldiers to serve, noted Cruz. “How about having the military focusing on hunting down and killing the bad guys…instead of treating it as this crucible for social justice innovations. We’ve lost sight of what their job is and that’s what we need to get back to.” Cruz asked at a stop at a restaurant here. The Texas Republican was asked about Don’t Ask, Don’t Tell, a controversial policy that excluded gays from military service that ended in 2011. A man here noted that it ended under the Obama administration and wondered what would happen if Cruz were elected president. Cruz said he would “listen to the expert judgment of the generals and admirals” on the current situation and that military policy should follow what is needed for “good order and discipline” and not social issues.

According to Cruz, President Obama is using the military as a “cauldron for social experiments.”

Previous A Warning From Matt Barber
Next Playboy Magazine: No More Nudes