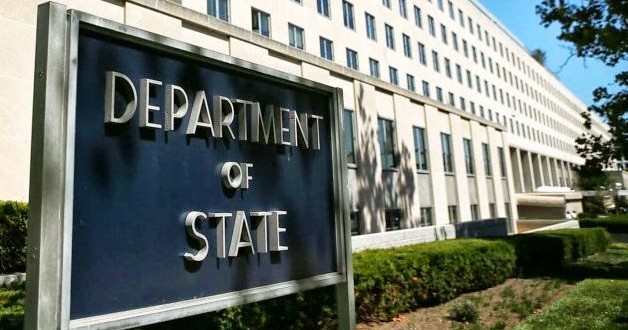 Now that marriage equality is the law of the nation, the State Department has announced that it will phase out domestic partners benefits. Via the Washington Blade:

Diplomatic and consular posts on Oct. 14 notified Foreign Service personnel that the State Department will begin to phase out the Same-Sex Domestic Partner program on Dec. 14. The SSDP will officially end on Sept. 30, 2018. Foreign Service personnel who are posted in a country in which same-sex couples do not have marriage rights may request up to 10 days of administrative leave in order to travel to the U.S. or another jurisdiction in which they can legally tie the knot. Unmarried heterosexual partners can also take advantage of this policy. Under Secretary of State for Management Patrick Kennedy told the Washington Blade on Monday that ending domestic partner benefits for Foreign Service personnel is a direct result of the U.S. Supreme Court ruling in June that extended marriage rights to same-sex couples throughout the country. “When Obergefell v. Hodges legalized same-sex marriage throughout the United States, federal spousal benefits administrated by the department became available equally to married opposite- and same-sex couples,” he said.

Previous CANADA: Justin Trudeau Makes PM Acceptance Speech: “I Didn’t Make History Tonight, You Did” [VIDEO]
Next Mat Staver: That Kim Davis Isn’t In Any Photos With The Pope Proves She Met Privately With The Pope