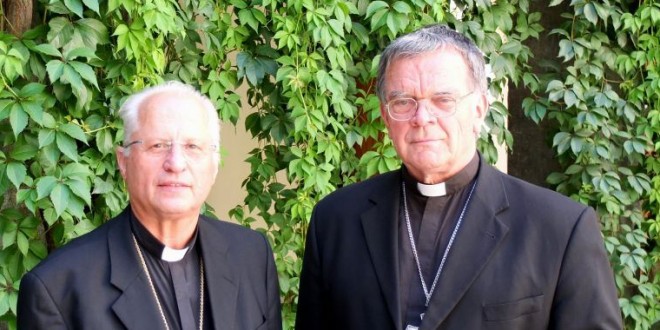 Back in March, the Slovenian national legislature approved a same-sex marriage bill by a 51-28 vote. The law has not yet gone into effect as anti-gay factions call for a repeal referendum despite a 2013 constitutional amendment which bans any public votes on human rights issues. Slovenia’s Constitutional Court has heard the case but has yet to rule on whether marriage is a human right. Today Gay Star News reports that the local Catholic Church has endorsed the repeal effort, with Archbishop Stanislav Zore (above left) telling the press that opposite marriage is “one of the fundamental truths of our faith.”

Previous Fox News Owner Rupert Murdoch: Ben Carson Would Be A REAL Black President
Next Madonna: I’d Like To Have Tea With The Pope