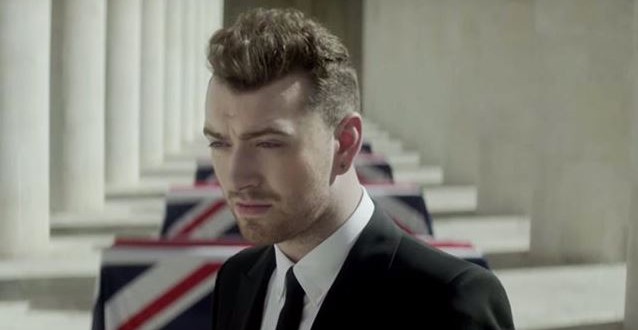 Sam Smith’s song from the upcoming James Bond flick Spectre has become the first-ever Bond theme to top the British pop singles chart. (Adele’s Skyfall and Duran Duran’s A View To A Kill both peaked at #2 in the UK.) Last week we got the audio for the track and out today is the production video which includes scenes from the movie.

RELATED: Seven James Bond theme songs have charted in the US top ten. Duran Duran’s A View To A Kill is the only #1. Paul McCartney & Wings and Carly Simon both reached #2 with Live And Let Die and Nobody Does It Better, respectively. Sheena Easton peaked at #4 with For Your Eyes Only. All peaking at #8 were Shirley Bassey’s Goldfinger, Madonna’s Die Another Day, and Adele’s Skyfall.