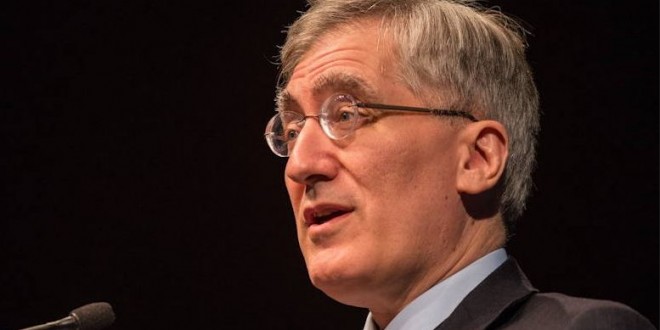 The American Principles Project, a right wing think tank co-founded by former NOM chairman Robert George, has issued a call for “all federal and state officeholders in the United States” to defy the Supreme Court’s Obergefell ruling. They write:

If Obergefell is accepted as binding law, the consequences will be grave. Of the results that can be predicted with confidence, four stand out: First, society will be harmed by being denied the right to hold out as normative, and particularly desirable, the only type of human relationship that every society must cultivate for its perpetuation. This compelling interest is strengthened by the fact that there is strong evidence to support what common sense suggests, namely, that children fare best when raised by their married mother and father who are both responsible for bringing them into the world and who provide maternal and paternal influences and care.

Second, individuals and organizations holding to the historic and natural understanding of marriage as a conjugal union—the covenantal partnership of one man and one woman—will be vilified, legally targeted, and denied constitutional rights in order to pressure them to conform to the new orthodoxy.  Third, the new jurisprudence of dignity is unlimited in principle and will encourage additional claims to redefine marriage and other long-established institutions. Fourth, the right of all Americans to engage in democratic deliberation, and ultimately self-government, will be decisively undermined.

Any decision that brings about such evils would be questionable. One lacking anything remotely resembling a warrant in the text, logic, structure, or original understanding of the Constitution must be judged anti-constitutional and illegitimate. Obergefell should be declared to be such, and treated as such, by the other branches of government and by citizens of the United States.

The above-linked statement is signed by dozens of “academics” you’ve never heard of and current NOM chairman John Eastman, who recently expressed hope that Uganda will reinstate its life sentence for homosexuality “very soon.”

RELATED: Robert George is also the author of 2009’s Manhattan Declaration, which calls for Christians to engage in civil disobedience against all LGBT rights laws. Former NOM president Maggie Gallagher is a “senior fellow” for the American Principles Project.