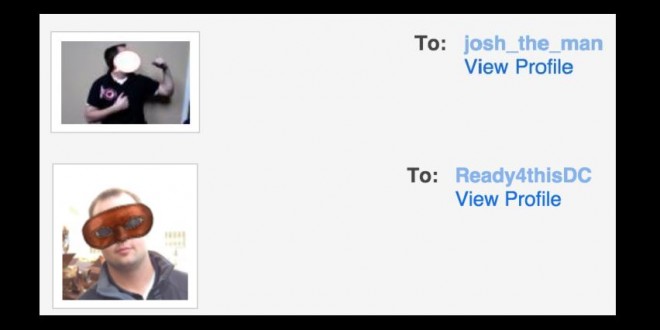 Gawker has published two of the profile photos used by Josh Duggar on his Ashley Madison accounts. They write:

A little over two months ago, former conservative reality star, former executive director of FRC action, and current sex rehab resident Josh Duggar was one of the first major celebrities exposed in Ashley Madison’s unprecedented data dump. At the time, we were able to confirm his two paid accounts using the associated credit card info. But now, thanks to tipster Nathan Turner, we also have his profile pictures. What’s more, this could be troubling news for the individuals exposed in the company’s recent hack. Just because photos didn’t come in the massive data dump, that doesn’t mean profile pictures aren’t necessarily accessible. The profile pictures of the undeleted accounts were pulled up by our tipster with a free, unverified account using data from the hack.

It’s interesting to note that Josh Duggar used an alias (Joe Smithson) and a photo of Goldman Sachs employee Jonathan Blankfein on his OK! Cupid account and secret Facebook page, but used real photos for his Ashley Madison account. In late August, the Duggar family revealed on their blog that Josh had checked himself into a rehab facility just days after admitting to cheating on his wife, Anna, and having a “secret addiction” to viewing pornography. The Duggar family’s long-running show was permanently cancelled by TLC in August, but the network will start airing a spinoff series, Jill And Jessa: Counting On starting in December. According to a previous report on StarPulse, the Duggar family, minus Josh, will appear in the new series.