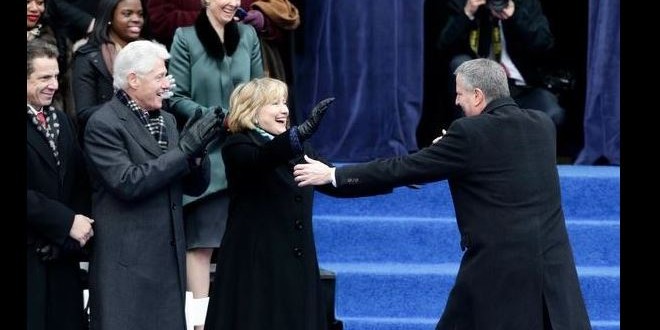 In January 2014, NYC Mayor Bill de Blasio was sworn in by Bill Clinton, but so far de Blasio has been coy about making a presidential endorsement. That will soon change. Via the New York Daily News:

After months of playing hard to get, Mayor de Blasio is finally planning on endorsing Hillary Clinton and will publicly declare his support soon, according to a source close to the mayor. De Blasio and Clinton’s team have been in talks about the endorsement, a spokesman for the Clinton campaign said. “We’re in touch with their team about earning their endorsement,” said the spokesman. A source with knowledge of de Blasio’s plans said he has decided to back Clinton and is working out the details of when to go public. His support will come too late to be included on Clinton’s New York “leadership council,” which included nearly every top Democrat in the state — but not de Blasio. The list included Gov. Cuomo, U.S. Sens. Charles Schumer and Kirsten Gillibrand, and every city-wide elected official except for de Blasio.