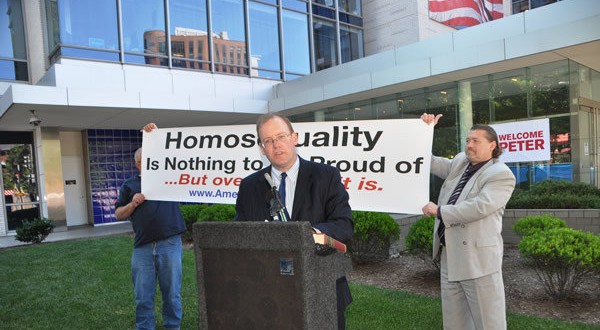 “Al Mohler has given credence to the idea of homosexual sexual orientation. And we know that sexual orientation is a political construct, it’s something that’s helped the homosexual movement advance. Because if people feel that people who struggle with homosexuality have a natural so-called orientation, they of course believe that they’re not really responsible for their behavior as much as they would be for any other sin. So, once again, we start treating this particular sin as a special sin needing all sorts of special terminology and semantics and caveats that are not biblical. And I think he’s starting to go down that route and it troubles me, because he’s probably regarded as the leading intellectual, one of them, in the evangelical Christian movement.”